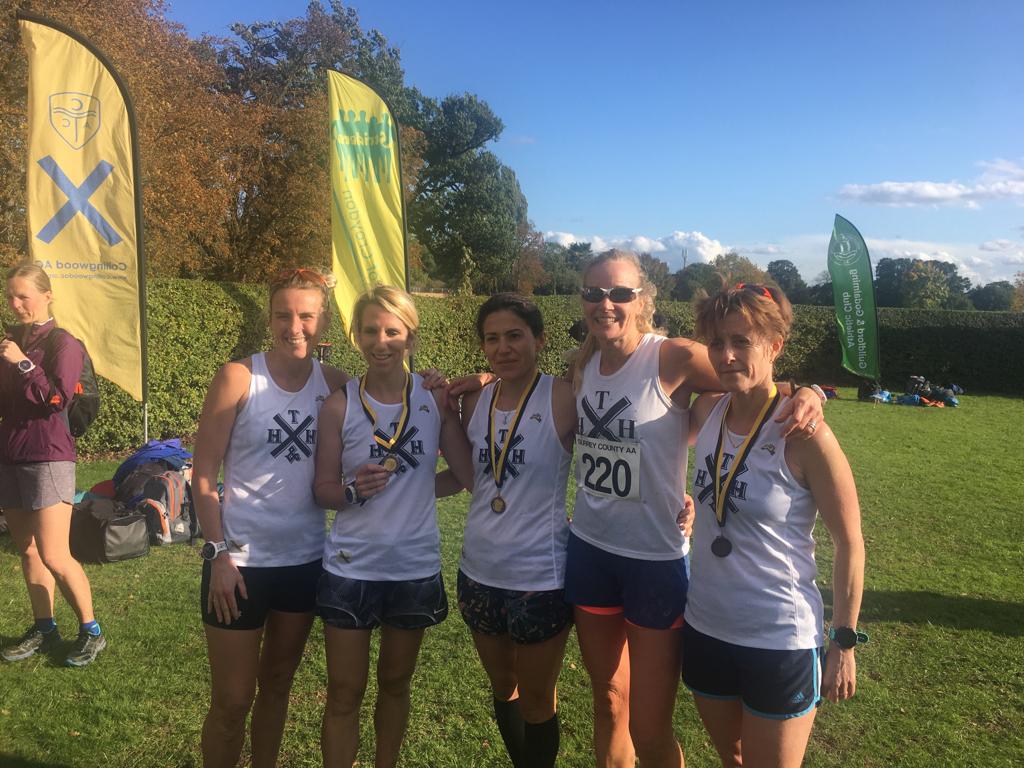 For many of us, Morden Park was a new venue for XC. We were greeted with sunshine, grass, hills, mud and big puddles. 7 ladies became 5 on the day (get well soon Andrea B and Beks). Congratulations go to all 5 but especially Charlotte Mason who was fastest lady and a clear winner of the W35 category. Liz Stavreski was our next finisher in a fabulous fourth place overall and winner of the W45 category. Annette Gould and Vikki Filsell enjoyed a cat and mouse battle behind, with Annette using her superior finishing speed to hold Vikki off. Annette was a close 6th in the W35 category and Vikki claimed a bronze in the W50 category. Liz, Vikki and Denise (Barnett) were delighted to take the W45 team prize, ahead of HW, SLH and six other teams. Next year we are aiming for the W35 team prize, too. 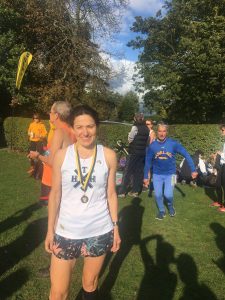 The M60+ men were also pleasantly surprised by the venue and the sunshine, although confused by the course which looped back on itself several times.  Rick Turner had an excellent run for the individual bronze in the M65, followed closely by Richard Pitt as 7th M65.  Rhodri Davies, giving his new hip its first competitive outing, was 10th M60.  Combined they took a well-earned M60 team silver, behind SLH, who were unbeatable with 1,2 and 3, but 5 points ahead of a chasing pack lead by Dulwich.

In the M40+ race Peter Johnsen was a lonely Saltire, but had a strong run for 11th overall and 5th M45. 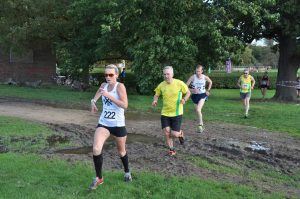