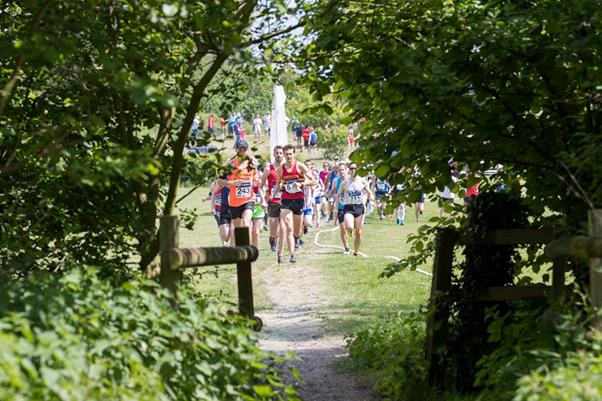 22 brave and hearty souls stood ready to run in the Greenbelt Relay to maintain Thames honour over the weekend of the 19/20 May. The weekend was hot, but the competition was hotter.

It took Brazil 12 years to win the Jules Rimet trophy 3 times. After winning the mixed team prize twice in consecutive years, Thames stood on the verge of taking the mixed team shield (this year they had a shield) 3 times in 3 years. Surely unprecedented. But before that could happen the teams, for we had two, had to reach the start line. With 3 drop outs in the week before the race, I thought I had it bad. It seems most teams had similar issues. An entry on the Greenbelt Captains’ Whatsapp reads: “What a fortnight! Five changes due to injury, childbirth, freak-outs, a total inability to comprehend facts and haemorrhoids” Members of Thames, you will be pleased to learn that all your runners could comprehend facts, and no-one dropped out due to haemorrhoids.

22 brave and hearty souls stood ready to run in the Greenbelt Relay to maintain Thames honour over the weekend of the 19/20 May. The weekend was hot, but the competition hotter. Serpentine Men’s team were determined not to be beaten by a mixed outfit. Others stood ready to topple us from the mixed team perch. Leg 1, the glory leg saw Nic Gould and Heather Statham set the pace for Thames. This was a return from injury for Nic and a debut for Heather in the Greenbelt. Both set us up well. Leg 2 saw Victoria Barthelmess make both her debut in the Greenbelt but also in the A team. Joe Chang was not far behind for the Bs. Neither were disrupted by the royal wedding although both relied on Serpentine beneficence to carry their stuff whilst they were running. Leg 3 and it began to get serious. Simon Barrett took the win for Thames, a full 9 minutes ahead of his Serpentine rival. Rob Harrison did the honours for the B team with a solid top 20 finish. Ben Reynolds left the margins a little finer, winning leg 4 with 2 mins over Serpentine and Jason Savory made not only a debut in the Greenbelt but his debut in a saltire, also finishing in the top 20. What a way to begin a Thames career.

Competition became ever fiercer. James McMullan put his battered and injured body on the line to pull off 4th on leg 5 and Rob Clark kept the B team in the hunt for ‘top B’. Leg 6 and Jess Davies showed off all the fitness cycling 4000km through Chile brings with an outstanding 12th limiting the gap to Serpentine by a little over 10 mins. Laura Hall made her debut in the Greenbelt and was still smiling despite the prospect of a very long leg the next day. Leg 7, and I say it with some family pride, my brother Stephen went toe-to-toe with Serpentine finishing second by a minute and putting valuable time over the rest of the field. Ian Higgins showed that a good lunch and a spot of marshalling do not slow a Thames runner down and kept the B team in the chase. Your Greenbelt Captain (me) made his Thames V40 debut on leg 8 putting 4 mins over Serpentine but finishing 2nd in a close fought battle with a very youthful runner from Queen’s Park. Richard Pitt made a top 25 finish for the Bs. Gordon had Serpentine worried, with a stonking win on leg 9, all the more impressive as it involved a grim climb in the last mile up to High Beach. Chris Rye put in the B-team performance of the day with a stellar 5th. David Symons pulled off an excellent 4th on leg 10 and put yet more valuable minutes over Serpentine. Andrea Stehlikova made a debut in the race with a top 30 finish for the Bs. 30 mins before leg 11, the Thames A runner could not be found. I might have had a very serious conversation with the Club President about ‘stepping up for the team’ at this juncture. The President may have become rather quiet, contemplating the fact that it had been some time since he had last contested for the A team. As it was Charles Morris was found at the start-line having trekked the 4 miles from the nearest station on foot in order to prepare early.  Charles came home a fine and battling 2nd despite carrying a stomach bug and, once your President’s stress levels had recovered, Mike Farmery had an excellent top 20 finish.

At the close of day 1 Thames were a battling 2nd on the leader-board, a mere 12 mins or so behind Serpentine and over an hour clear of the next mixed team. Our B team were hovering around the 20th mark and vying for the top B team spot. It was clear that the core to team success largely lay in the kind and selfless Thames drivers, who not only ran but also ferried runners from leg to leg. Some cars finished the day rather fragrant as a result but nevertheless all drivers held their calm (more or less).

After good night’s sleep – except for Gordon, who was kept awake by Kevin’ 60th Birthday disco, clearly the happening event in Chelmsford that particular Saturday night – Thames set out with renewed vigour. I won’t list every leg performance on day 2. There were 22, and everyone ran very hard. Instead I prefer to pick out a few highlights.  Yes, there were a few stage wins (well done Ben R, Simon B and, er, me). But there were other performances, which whilst not qualifying for baubles, deserve to be called out:

–  David Symons who limped through day 2 having tweaked his Achilles on day 1 and still managed a top 10 finish.

– Laura Hall who ran the longest, toughest leg, hilliest and hottest leg on day 2 and selflessly drove all day to deliver runners and their stuff to a whole stack of different legs.

–  Ian Higgins, who arrived at West Hangar car park roughly 10 secs after his leg started, chucked his keys at James McMullan leaving the engine running, car doors open and, with some particularly fruity language scythed through the field to finish a superb 14th (the lateness was due to the Captain’s dodgy instructions – sorry).

–  James McMullan, who despite struggling from injury for most of the last 4 months, bravely tackled two of the toughest legs and, clearly in some pain, still managed a smile for the cameras as he crested the last hill at Tatsfield before in his delirious state temporarily blinding himself by rubbing sun-cream into his eyes (most people put it on their skin).

–  Charles Morris who managed a 2nd and a 4th place despite an obvious stomach bug.

–  Victoria Barthelmess who stepped into the team with less than 24 hrs to go and ensured that we closed two full teams.

–  All those who made Thames’ debuts. By my reckoning that included Andrea, Laura, Victoria, Heather and Jason.

–  All the marshals and drivers from Thames, without whom our teams would have failed to even compete. Thank you Ben, Jason, Laura, Richard, Ian, Gordon, James, Rob, David, Jess, Stephen and Mike.

And at the end of it all Stephen Jones and Rob Clark closed the Thames campaign in full evening sunshine roared home by a packed crowd at the Hawker centre in Kingston. Thames B finished 17th overall and an excellent 2nd B team in 28hrs30m. Thames A carried off the mixed team prize for the 3rd year on the trot and finished 2nd overall to Serpentine Men in 23hrs08m, equal to the 2017 winning time and a Thames PB by 5 mins. Well done, and thank you everyone for a superb weekend.