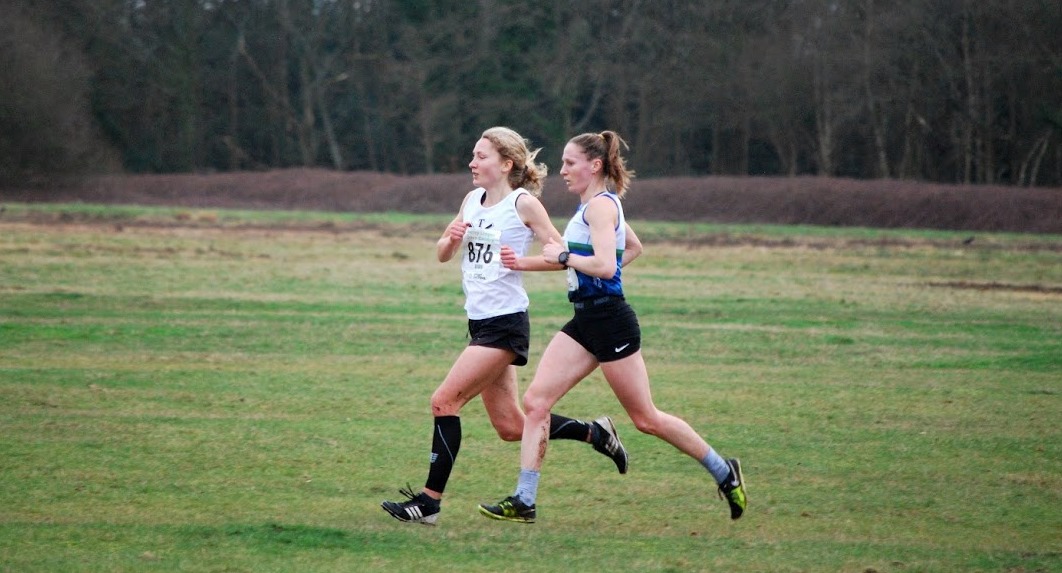 On the 11th of January, fresh for the new year and decade 15 Thames ladies turned out on Wimbledon common and what a team performance it was! Some amazing runs saw us win with a season low 50 points, almost wiping out the gap to Clapham whom we trail by just 11 points going into the final fixture . We obviously love this course because in the last three seasons we’ve won all three races with scores of 50, 48 and 57 points!
It was great to reunite our Parliament Hill winning team again with Natalie returning from injury like she’d never been away, Katy making the long trip up again from Plymouth and Bethanie and Lauren carrying on where they left off in November. Lauren came a fantastic 2nd, having battled around for the lead for much of the race. Charlotte made her league debut and showed amazing bravery and team-spirit to battle to the finish after having to stop several times in pain on the second lap. 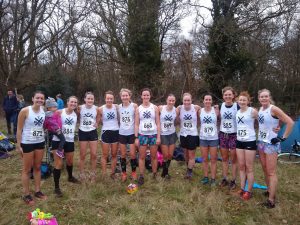 Our B team were an excellent third place, led by Chloe and Emma. Beks was next, hanging in there despite not feeling her best followed by Annette making a welcome return to the Surrey League team. Jo just edged the Davies family race to close the B team. In our biggest turnout of the season we also closed a further five runners for a C team with Captain Jess leading home Andrea, Denise, Diane and Helen who was also making her league debut for the team.
Going in to the final race at Richmond on February 8th Clapham hold a slender lead of just 11 points. We are looking to make it 3 Surrey League titles in a row, but for sure Clapham will come out fighting so it should be an exciting race!
Scroll back to top