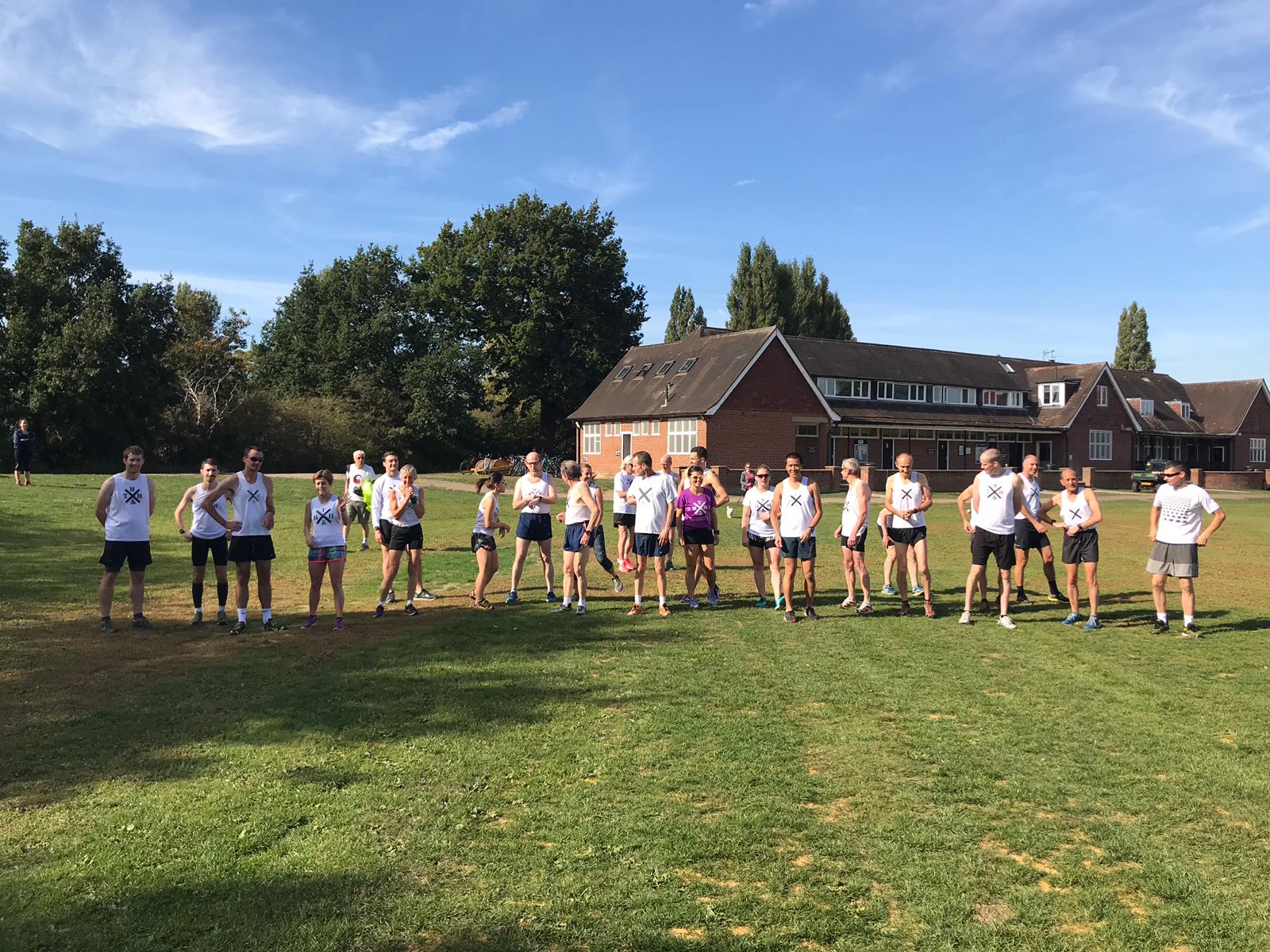 The Short Distance Handicap and Challenge Race was the first club run of the new season.

Thames had a really good Opening Run on Saturday. The Short Distance Handicap and Challenge Race was contested by 25 runners, which must something of a record for a recent handicap without the incentive of a club photo. Lovely day for running and a fast, dry course.

It was great to see a nice mixture of old and new faces both racing and supporting. Two former Presidents (Frank Carpenter and John Bryant) were supporting at the Windmill and there was an eclectic collection of runners, supporters, children, babies and dogs in the Clubhouse for a wonderful tea after the race. The Carver, Maureen Poole really excelled herself with a tea to remember. In addition to great sandwiches we were treated to a home baked Victoria Sponge Cake, Coffee cake and a fantastic Ginger Cake.

The Mens’ Challenge Race was won by Nick Altman and the Ladies by Anri Cohen. Handicap results will be published soon.

A really big thanks to Ed Catmur for setting the course and collecting in the flags afterwards, to Nic Gould for sorting out the handicaps and looking after the start and finish and to Maureen Poole for the amazing tea afterwards.