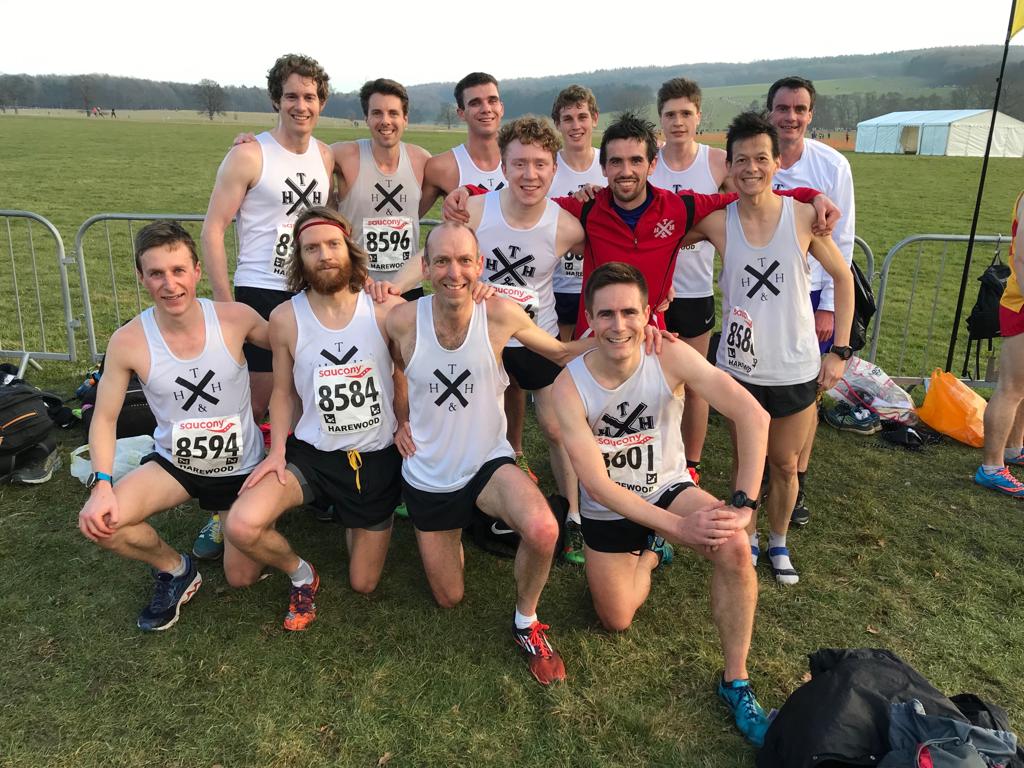 A sizeable Saltire contingent made the journey up to Harewood House near Leeds for the National and it was well worth the trip for the excellent course, large and highly competitive fields and the balmy conditions. First up were the Ladies (who were unfortunately depleted by injury), Bethanie Murray ran very well for 48th and Jess Davies for 350th (out of 1034 finishers). In the Men’s race we had our best result in recent years with 10th. It’s a fantastic accolade to be a top-10 National team and a great way to finish off another strong season. We were led home by Jamie Parkinson in a superb 28th well backed up by James Hoad in 79th, Jim Allchin 90th, Paddy Roddy 118th, James McMullan 122nd and James Chettle closed the scoring team in 164th. Further back there were good runs from Ben Reynolds in 249th (to be confirmed but it looks like Ben was 1st V55), James Meiklejohn 306th, Richard Ollington 344th, Gordon Pearce 353rd, Andy Weir 439th, James Bartram 453rd and Tom Greenwood 626th (out of 2006 finishers). Well done to all the runners who made the trip.