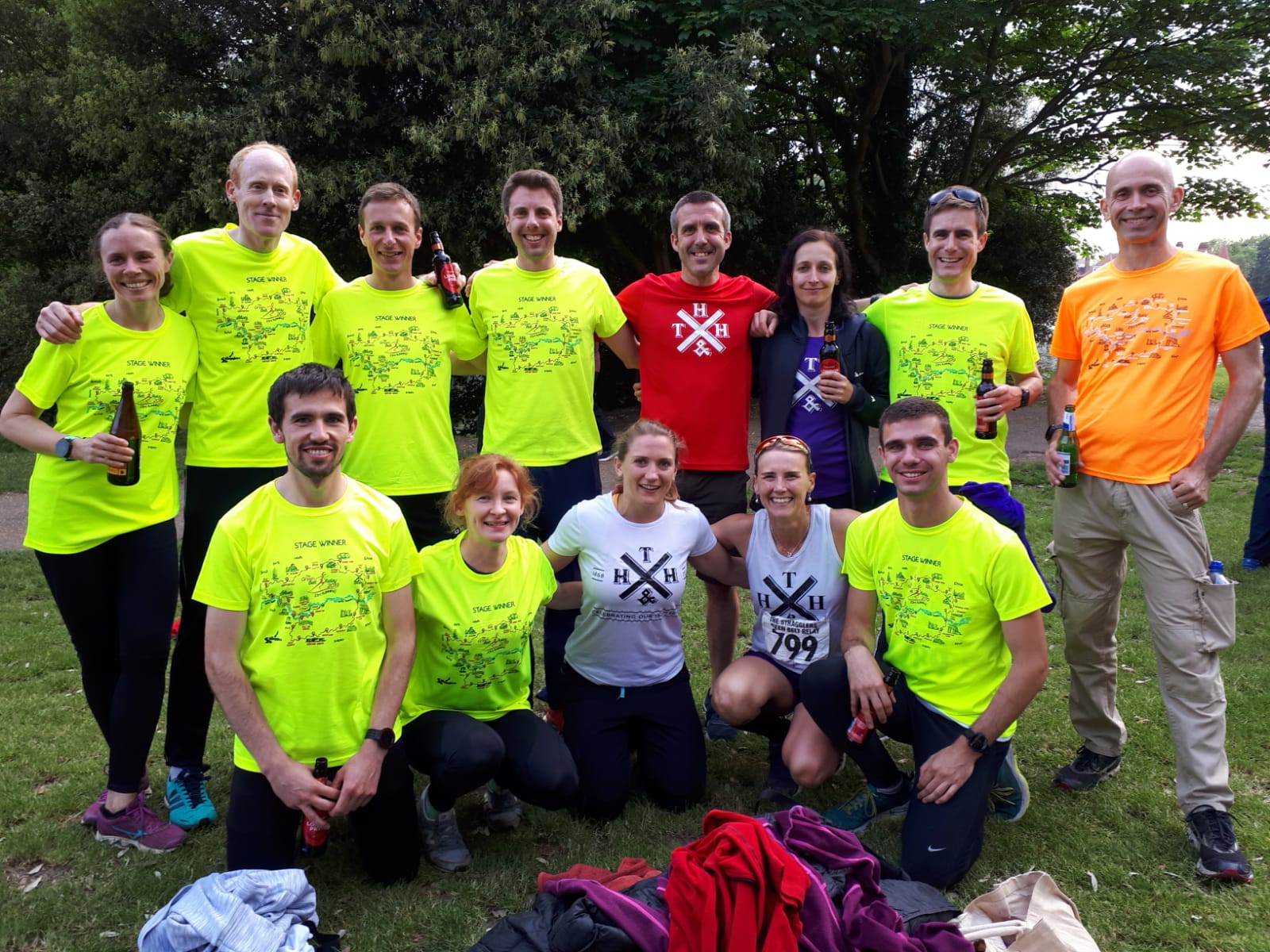 For the first time in the 25 year history of the race Thames won the Greenbelt Relay! Moreover we did it in some style, running the fastest time ever over the current course, winning with a mixed team, beating perennial champions Serpentine Men by 52 minutes, taking 17 individual stage victories, winning the men’s King Of The Mountains (James Hoad, James McMullan, Paddy Roddy), the Ladies performance of the weekend (Rebekah Edgar), the Mens performance of the weekend (James Hoad), breaking 9 course records (including Andy Weir’s which had stood since 2007) and claiming first B team (8th overall). Whilst an awesome running performance, our stellar result was enabled by 22 Thames runners pitching in to ferry each other around, marshalling for other teams, providing water stations, pushing broken down cars and cheering each other on as they ran. Thanks to the whole team for your hard efforts and congratulations on your silverware. Special thanks go to Matt Jones and Jess Davies for their exceptional organisation and commitment to the event, it wouldn’t have happened without them.