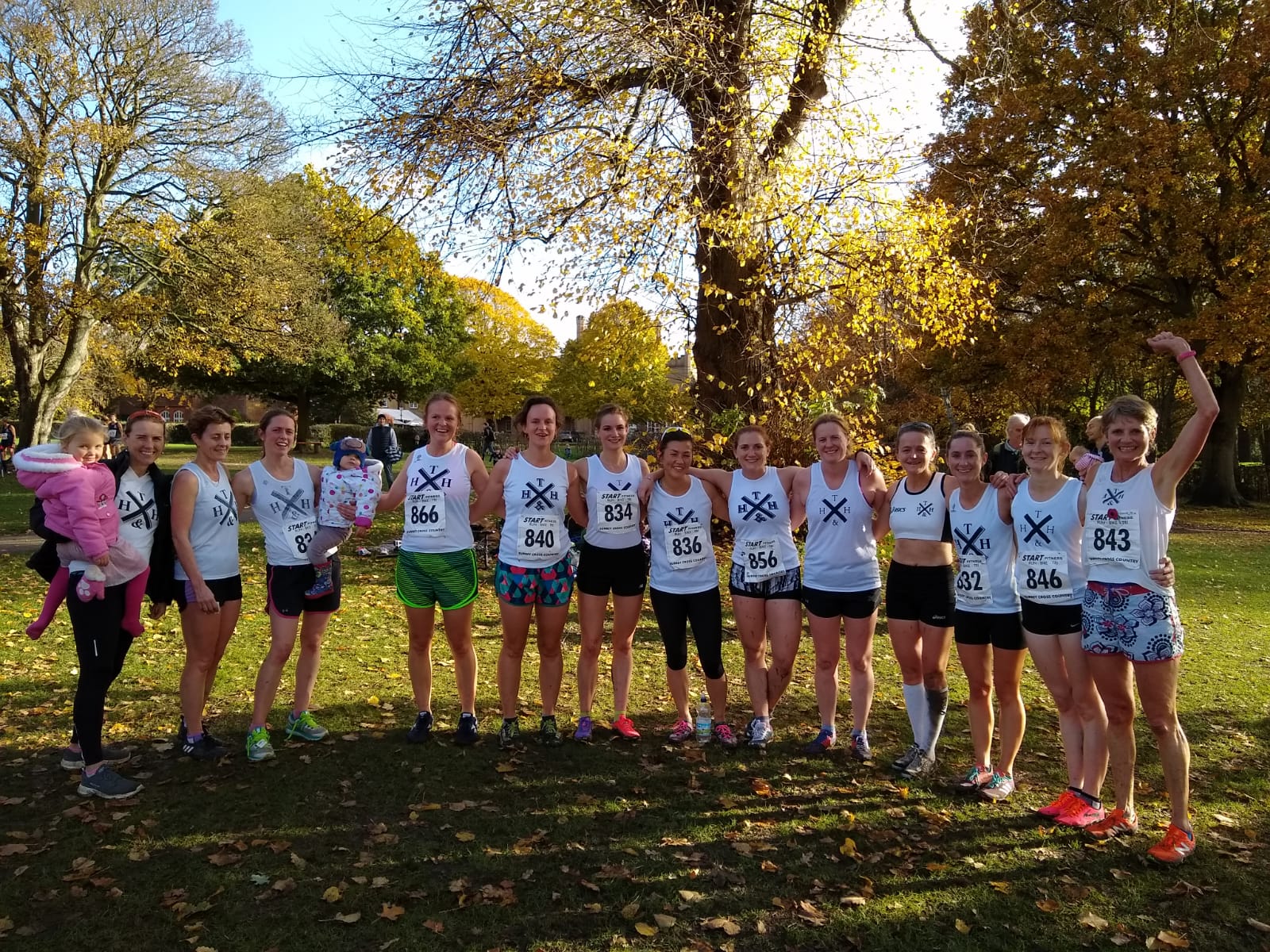 For the Thames Ladies it was always going to be difficult to maintain the heights of our performance at Wimbledon common for match 1, but there were solid runs from the team at Nonsuch park on November 10th.

A few muddy corners caused a couple of rather spectacular falls, but other than that there was fairly dry and easy run course. We managed to run in glorious sunshine, faring much better than the men who were caught up in torrential showers later that afternoon!

The A team came in 2nd behind a strong showing from Herne Hill, led by Victoria Barthelmess in 8th, Katy Hedgethorne 10th, Mara Yamauchi 14th, Beks Edgar 34th and Claire Altmann closing the A team in 45th. The B team also maintained form with Amy Aronson just behind Claire in 49th,  Anri Cohen in 59th, Jess Davies and Vikki Filsell battling around together to come in 85th and 87th respectively. Andrea Holt made a fantastic return to racing from some time abroad, coming in 117th we look forward to having her run more frequently from now on! They were well supported by Anna Garnier in 120th and Heather Statham 124th. In a surprise turnout over from the Netherlands, Rachael Davies ran well in 169th.

Recovery was dampened by a rogue labrador eating the team’s post-race brownies, but after two matches THH are in overall the lead with 159 points to Herne Hill’s 242. There will still be all to play for in the New Year!

The next league race is on the 9th February in Richmond Park, at a longer distance of 8km so plenty of motivation to keep fit and training over Christmas.