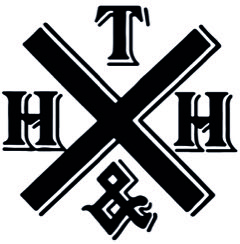 Thames ran against the Bank and other local clubs at the Bank of England fixture on 3rd November. Here is Alex Makula, the Second Team Captain’s report on the fixture.

Two teas two weekends running…who could resist.  Hot on the heels of our match against the Milos at Sandhurst, thirteen champing at the bit Saltires, including the President, were ready for cross country action.  Back to the President, he had even taken part in a pre race warmup, so his game face was most definitely on!

Conditions for early November were rather stupendous, just a little gusty but overall it was dryish conditions underfoot.  Spikes were my choice of footwear, although trails and trainers were on display too.

So to the race itself and at the business end Jim Allchin took the win, followed by Thomas Greenwood.  Goodness, what a tight affair it was.  Jim informed me post race that he and quite possibly Thomas had taken a slight detour on the course and added a decent distance to the overall course length.  With the bit between their respective teeth, they hunted down the leader and phew, they were successful.  I did not realise just how tight it was though as a mere three seconds covered the top three.  A blanket would have surely covered them.  With Nic Gould coming home in fifth and myself rounding off the team in ninth, I am delighted to report that Thames took the four to score match with 17 to Hercules Wimbledon with 33, the Bank with 39 and Elmbridge with 98.  Marvellous to see Al Irvine sporting the Saltire on a Saturday afternoon.  He informed me that some moons ago, this race kicked off his stag do!  We were also graced with a former winner in Chris Hutber who finished in 25th today.  As for the President…27th!

All things tea…as soon as I caught sight of the scones, cream and jam, I was more than satisfied.  A splendid array of sandwiches on offer too, so overall a fine day at the office, both from a running and a culinary perspective…