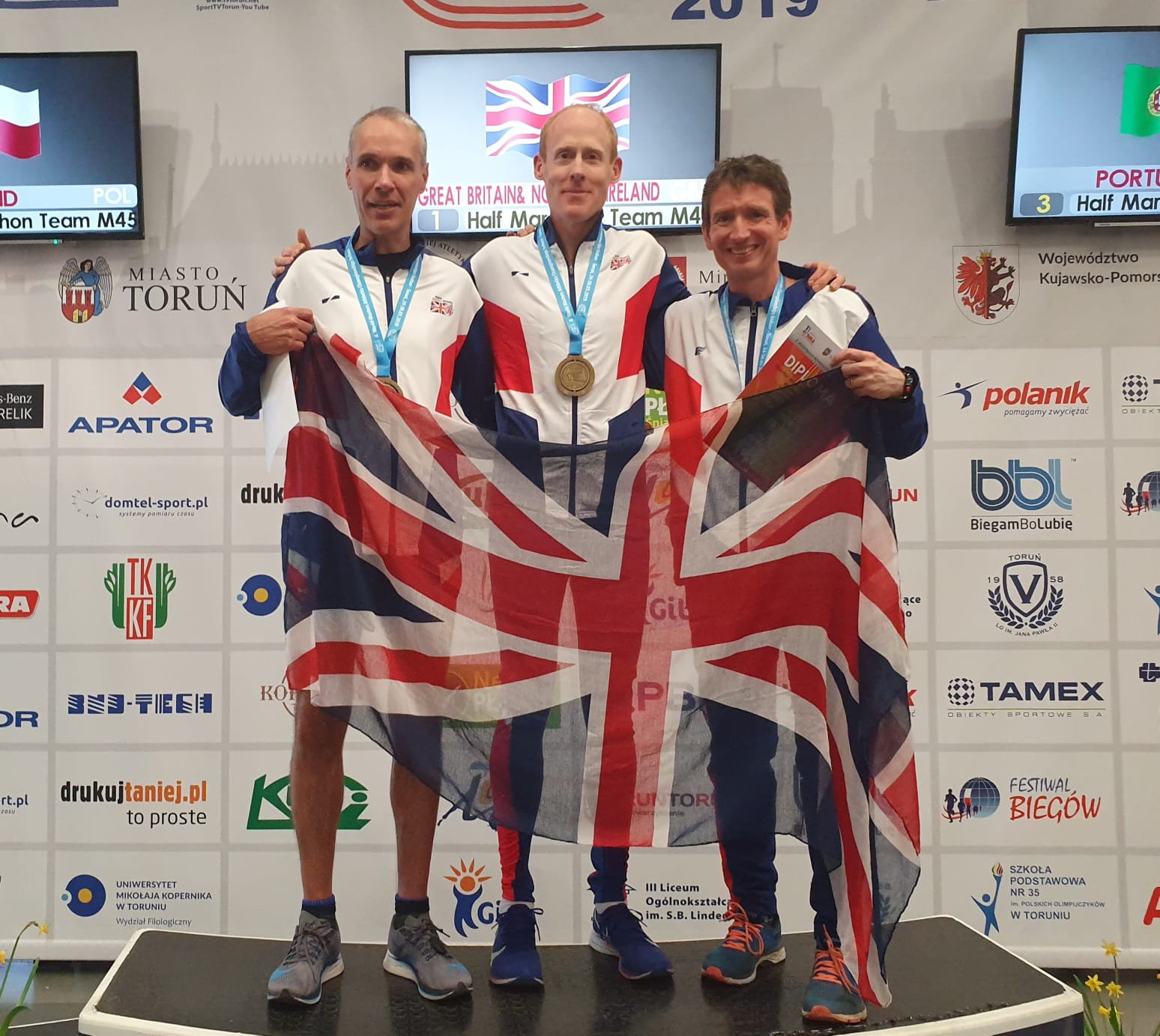 Many congratulations to the plentiful number of Saltires who won medals at the Masters World Championships in Torun, Poland. Ben Reynolds won gold in the M55 cross-country (team bronze), Michael Johnson was part of the British team that won the V75 cross-country team title, Denise Barnett was 5th in the W45 cross-country (and led the GB team to victory) and Anna Garnier was part of the silver medal winning W60 cross-country team. In addition Thames was extremely well represented in the M45 half marathon championship with all three members of the gold medal winning British team being members. Very well done to Simon Baines, Paul Cheetham and Matt Wilier who were a fantastic 2nd, 6th and 9th individually. Further details can be found here.