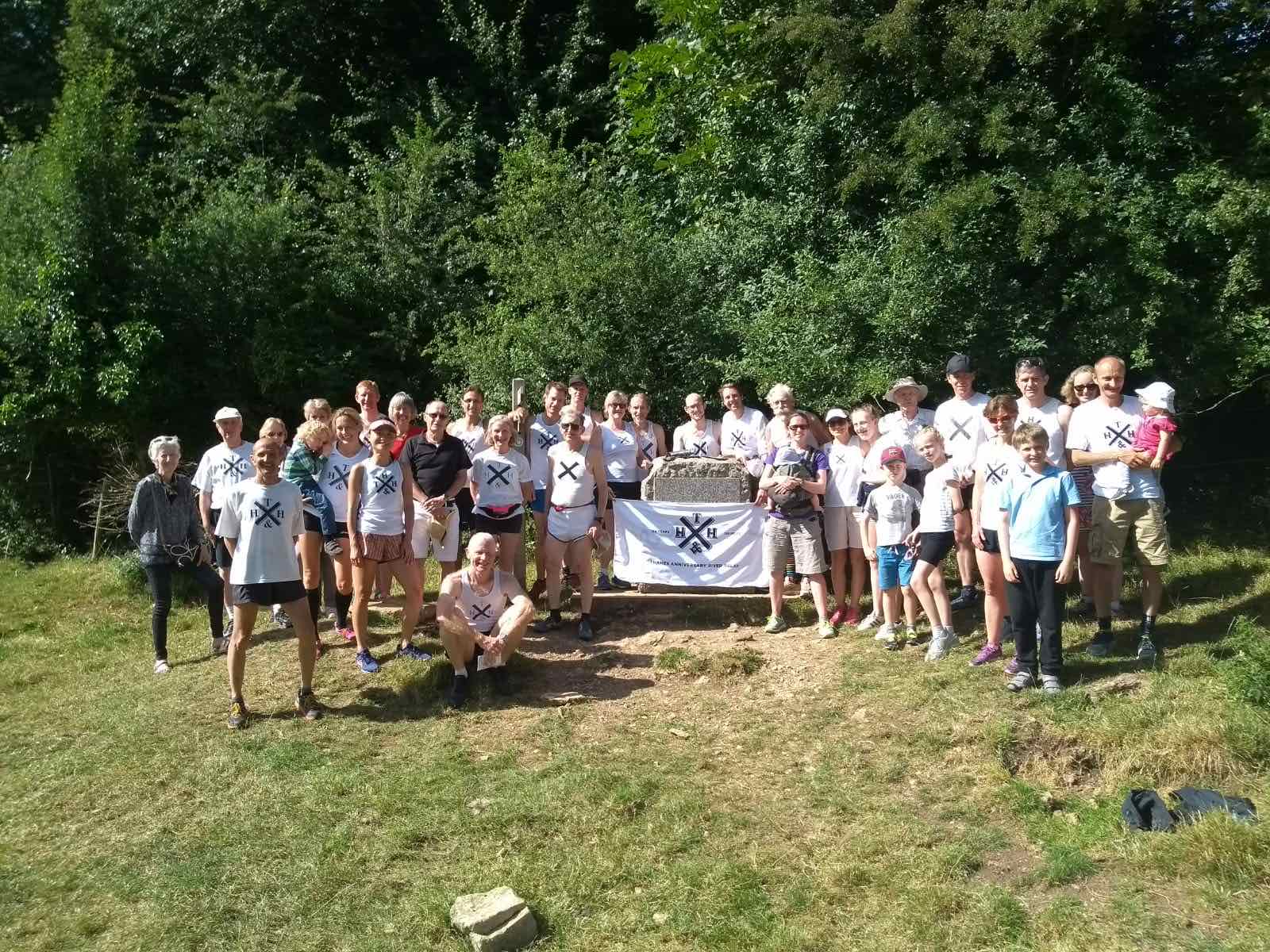 At around 4.39 p.m. on Sunday 24th June, Thames H&H reached the source of the Thames at Kemble following an epic two-day adventure.

Having been sent on our way from our clubhouse at 2.00 p.m. on Friday after 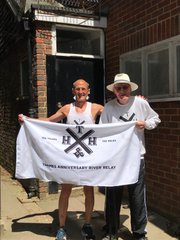 noon by the President (Mike Farmery) and two former Presidents (John Bryant and Frank Carpenter), with John competing the first leg, 80 or so Thames members succeeded it tracking the route of the river from Kingston to the source.

The captain reports:
“A good sized contingent of us reached the source of the Thames at Kemble shortly before 17.00 on the Sunday following an epic adventure which had started from the Clubhouse on the Friday afternoon. Along the way it felt like the whole route was sunshine and green meadows and we saw the Thames Valley and Thames Hare and Hounds at their best. The leg changeovers were seamless and the miles ticked by with good humour and relatively few wrong turns. It was great to see a huge range of ages and abilities taking part and Thames members from far afield getting involved. We had a brilliant tea at the Iffley Road track on Saturday followed by a symbolic mass mile (using the actual bell from the famous Roger Bannister mile in 1954). We were treated to a Paul Newby poem and a tribute song to Nick Altmann (by Larry Mathews) at the pub dinner and we were able to watch England put 6 past Panama and have a huge lunch in Kemble before completing the last stretch to the source. Many thanks go once again to Nick Altmann, Matthew Bryant and everyone else who helped to organise the event. It was an extremely fitting way to celebrate our 150th.”