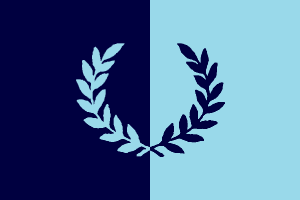 The 2018 Oxford-Cambridge Varsity Cross-Country Races will be taking place over the Thames Hare and Hounds’ courses at the Memorial Playing Fields, Roehampton Vale on Saturday 1st December.

The order for the day is as follows:

The Gentlemen’s Race will be run under the usual 8-a-side, 6-to-score format. Oxford won last year by the narrow margin of 37 points 41 and lead the series by 64 wins to 63. The race will be started by Andrew Hope (Fitzwilliam, Cambridge), who ran in the 1968 Varsity Match. Also in attendance will be most of the victorious 1968 Oxford team, who will be celebrating the 50th anniversary of that race.

The Ladies’ Race, for the first time, will also be run under an 8-a-side, 6-to-score format. Oxford won last year by 23 points to 34 and they currently leads this series by 25 wins to 17. The race will be started by Ellen Leggate (Merton, Oxford and Peterhouse, Cambridge), who ran for Oxford from 1996 to 1999 and for Cambridge from 2000 to 2003. She holds the record for the most number of appearances in the race (with eight). 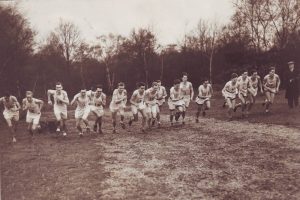 The 27th Old Blues’ Race will be run as a mob match. In terms of scoring, all alumni (not just Blues) will be eligible. Current students and other guests are also welcome to join the race; however, they will count in the scoring.

A full race preview will be issued around 28th November. Further information will be posted on the Thames website and also on the Varsity Match Twitter feed @OxfCamXC.