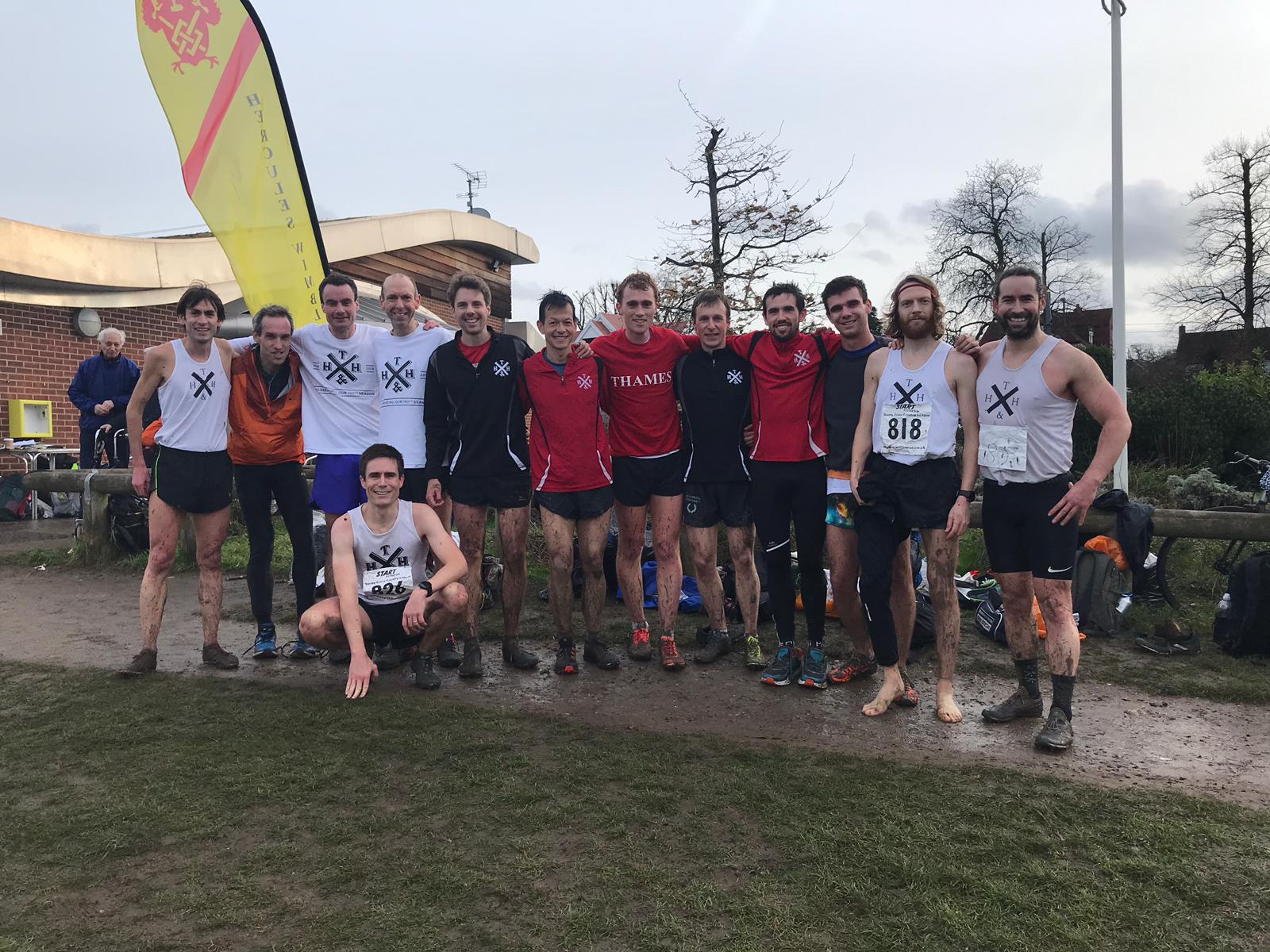 The final Men’s Surrey League race of the 2018-19 competition was at Lloyd Park in Croydon and for what felt like the first time this season there was an enjoyable amount of mud. James Hoad’s fine form continued as he led us home in 6th closely followed by Jim Allchin in 8th (this meant Jim finished 3rd in the individual competition for the overall League, a fantastic achievement), Paddy Roddy 17th, James McMullan was 21st, Simon Wurr 25th (1st V40 in the race and 2nd V40 for the League overall), Martin Alvarez-Espinar 29th, James Chettle 39th, Martin Shore 43rd (3rd V40 for the league overall), Ben Reynolds 46th (1st V50) and David Wilson closed our scoring 10 in 58th. This placed us second team to Hercules Wimbledon, beating Kent into third for the second fixture in a row. Richard Ollington was 68th, Andy Weir 73rd, Gordon Pearce 95th, John Bull 138th and Rory Spicer 164th. A superb team performance which secured us 3rd overall in the 2018-19 League, we got stronger through the season and are looking good to mount a challenge for the title next year.